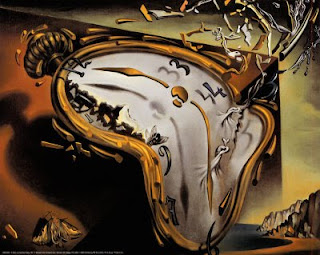 One of Dali’s most famous symbols in his work: the soft watches. He takes the idea of a watch and bends its reality; watches have a hard surface and have a non-bendable outline, but Dali turns that reality on its head. Dali’s watches bend and have a soft surface. The reality becomes surreal and the time becomes timeless. The idea of a soft watch points to time being relative and not fixed, like the watch is running out of the clock. 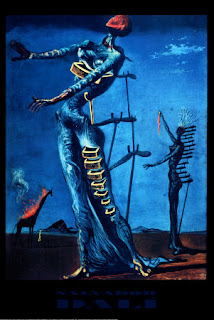 Dali conceived the idea of the burning giraffe when he was in Vienna in 1937. He felt the catastrophe that Hitler was going to create. So the symbol represents the male cosmic monster of the apocalypse.

The elephants in Dali’s works have skinny, fragile, long legs. The feet are always attached to the ground, but the legs always get longer and longer. This surreal symbol represents men shackled to the earth by gravity but always reaching for the higher places. 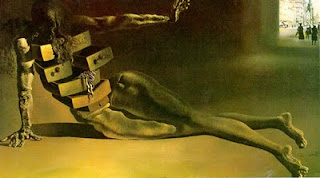 Dali said: “Freud’s theory is like an allegory that illustrates and helps us to understand the countless narcistic smells that are released from the drawers.” Inside of Dali’s drawers are all the sins and complexes of men. 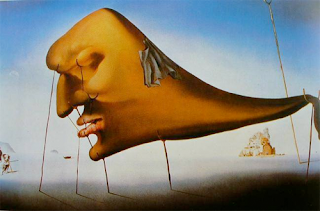 The use of crutches, to hold up objects and people in Dali’s works, was Dali’s way of symbolising our handicaps and weaknesses. But the crutches are also an instrument of art and intelligence that give the user the possibility to make superhuman performances. 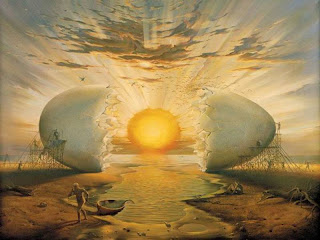 The egg is a Dalinian image that symbolises hope and love. 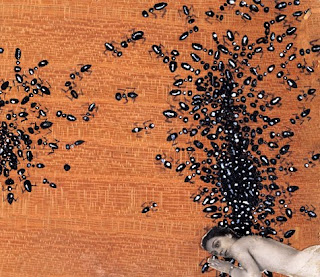